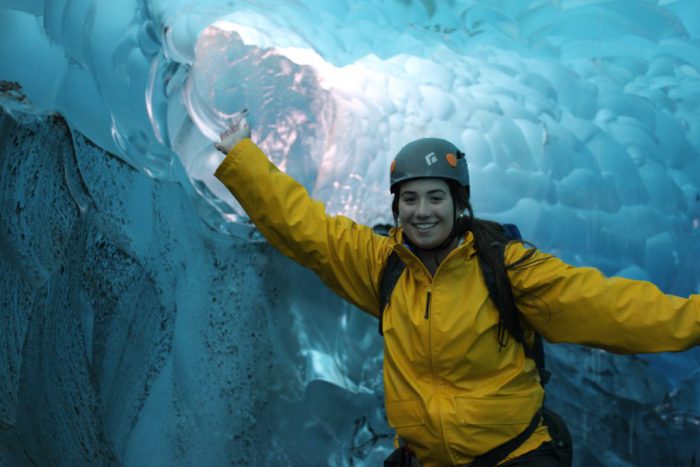 My freshman year of high school, I started running competitively for the first time. I was injured all throughout the cross-country and winter track season with stress fractures and a little bit of hip pain. When spring track came along, I was finally free from all injuries and began falling in love with the sport.

I decided to transfer schools after my freshman year, and I started my sophomore year at a boarding school located in Western New Jersey. Wanting to take advantage of the upcoming cross-country season, I ran every single day from the end of the spring track season until the the beginning of the cross-country season. I would never run less than three miles every day and was constantly needing to replaced my sneakers.

I started my cross-country season being one of the fastest girls on the team and took every opportunity to go the extra mile. However, about three weeks into the season I began to develop serious hip pain. I continued to run, but I had to listen to my body and take a week off. I continued to run on the elliptical and work out, and when I felt better, I returned to running. Despite my efforts to take it easy, I was locked into a vicious cycle. I would get better, run, get hurt, get better, run, and get hurt again. I had to stop racing for the rest of the season.

When I came home for Thanksgiving, I saw a doctor in my town. They could not seem to find anything wrong with me from my X-rays, so they gave me steroid injections. The pain went away for about two weeks, and during those two weeks, I ran almost every day not knowing those days would be my last running days for the next eight months.

The injection eventually wore off, and I got an MRI. The MRI showed that I had torn the tissue in between my labrum and my hip. My doctor told me that my only option was surgery. Devastated, I returned to school where I joined the swim team in hopes that swimming would help to mediate some of my pain.

After researching for the best doctor to help me with my hip, my dad came upon Dr. Anil Ranawat. I had X-rays done when I went to see Dr. Ranawat. Little did I know that the X-rays of my hips showed that I had a femoroacetabular impingement in both hips. My right hip was causing me pain, yet my left hip had an even worse impingement than the right. I began to get scared because the small pain I felt in my hip in October snowballed in a bone abnormality that I’ve had for some time, but never knew of or had any problem with.

Dr. Ranawat told me that surgery was not my only option. We created a plan for me: I would go through six weeks of physical therapy, and if I was still in pain, I would opt for surgery. I worked almost every day during February and March with Mike Dunn, the physical therapist recommended to me by Dr. Ranawat.

Despite our efforts, PT only alleviated some of my pain. It hurt to walk, swim, and even sit in class. I was taking pain medication twice a day just to walk to class. Late March, my family and Dr. Ranawat decided that surgery would be my best option; April 6th would be the day.

Leading up to the surgery, I got more X-rays and 3D CT scans to help give Dr. Ranawat and his team a better picture of my hip. Dr. Ranawat was supposed to call my family and I to tell us that the scans were what was expected, no other issues than the hip impingements. However, Dr. Ranawat wanted to speak to my parents and I in person. He told me that I had a femoral retroversion in both of my femurs. The retroversion would only add to my hip pain in the future; even if I did get just the hip surgery, I would likely be back for another surgery. I decided to stick with hip surgery. I returned to school even more distraught; it seemed like the snowball would never stop growing.

On April 5th my parents picked me up from school, and I woke up on the 6th ready for the big day. I understood that going into this it would not be an easy recovery, but I was ready for the challenge. The surgery went very well, and I stayed home from school for one and a half weeks. Three days after surgery I was in physical therapy, barely able to stay awake and still sore. I was under heavy pain medication at the time. I had to use a CPM machine to help me move my leg again, an ice machine, and more (the whole nine yards). It was extremely difficult in retrospect, but it didn’t seem like it at the time.

Although Dr. Ranawat was very hesitant, I went to England in lane June, Alaska early July, and spent a month canoeing 200 miles in northern Maine in July and August. I would have never thought that those things would have been possible without the help of Dr. Ranawat and Mike. 91 days after surgery I climbed part of Mendenhall Glacier in Juneau, AK with my family and walked through ice caves.

All throughout my recovery, I surprised myself at how quickly I was recovering. Mike challenged me in PT every time, which is why I think I recovered the way I did. With the support and help of Mike and Dr. Ranawat, I was running sooner than I expected and felt like myself again. I was warned that I would feel pain every now and then, especially when running, yet I never felt any pain. In fact, I was not able to race during this past cross-country season, but I ran without pain during practice which is all that mattered.

Dr. Ranawat told me on my final visit that he was incredibly surprised at my recovery. He was worried of my femurs pushing me to another surgery, living away from home and going through all of this, and running. Maybe I was one of those people that defied the odds, but I would not be when I am today without the remarkable help of Dr. Ranawat, Mike Dunn, my family, and HSS. 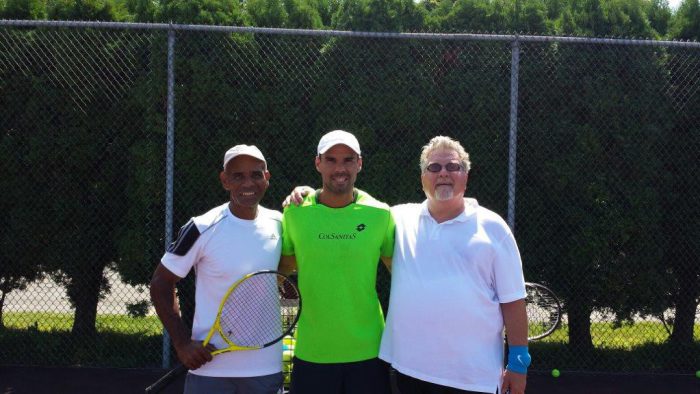 I usually do not write letters of praise, but as a surgeon who recently underwent total hip replacement, I must say my care was excellent. The HSS team at all levels was the best I have seen. The physical plant is comfortable and well suited to optimum patient care. Dr. Amar Ranawat and his team Read More > 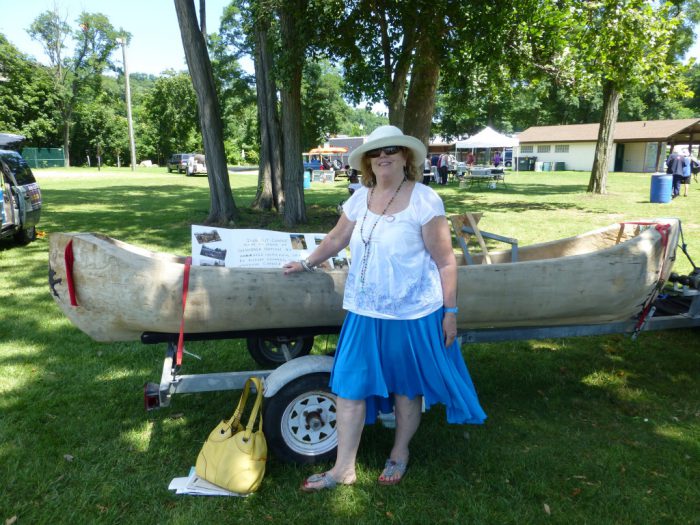 In 2005, after having been told that I should put it off, I came to HSS and met Dr. Su, who told me by the end of my first appointment that he will take away my pain. I was so happy to hear that from a doctor. I had thought I would be living my Read More > 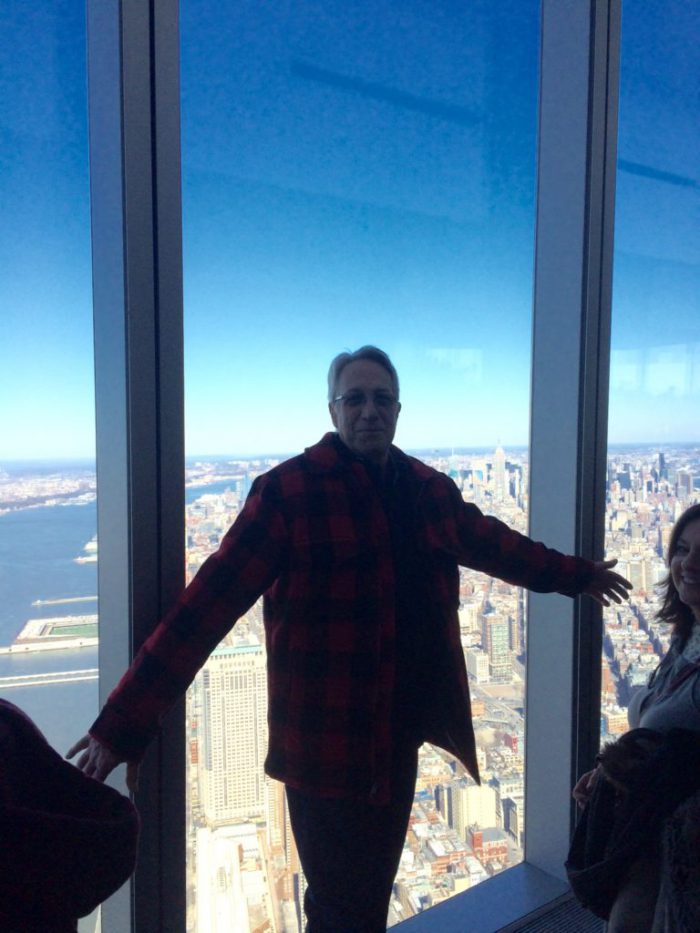 HSS got me back in the game in short order. It was amazing. I can’t say enough about the staff and my experience at HSS. Getting a hip replacement was not on my list of things to do. Dr. Amar S. Ranawat and his team are excellent. I am three years post-surgery and all is Read More >

My orthopedist in Mexico City, Dr. David Marcial, met Dr. Amar Ranawat at a conference and told him that one of his patients (me) had hip replacement surgery performed by his father, Dr. Chitranjan Ranawat, in 2000. Fourteen years later, my hip was showing signs of wear and needed a resurfacing. My doctor suggested seeing Read More > 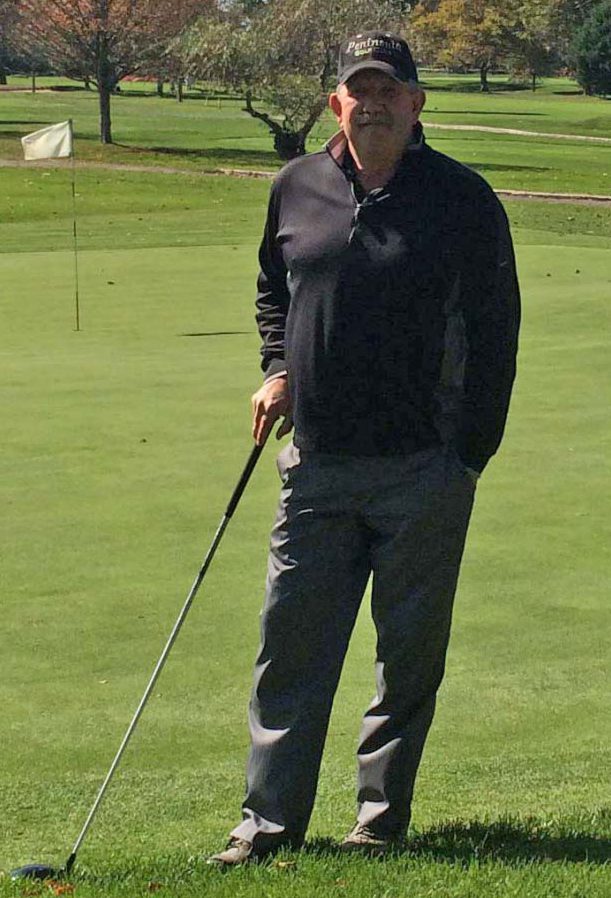 So far my experience with Hospital for Special Surgery has been a very positive one. I had surgery for a right TKR on April 3rd of 2014, I was wheeled into the OR and talking with the the people there and suddenly I woke up in the recovery room a few hours later. When I Read More >

The Most Trusted Name in Orthopaedics.

The Most Trusted Name in Orthopaedics.

Your testimonial has been submitted.

Your information has been submitted.